TOAST OF THE TOWN: A GUIDE TO STEAMBOAT’S MICROBREWERIES & DISTILLERY

TOAST OF THE TOWN 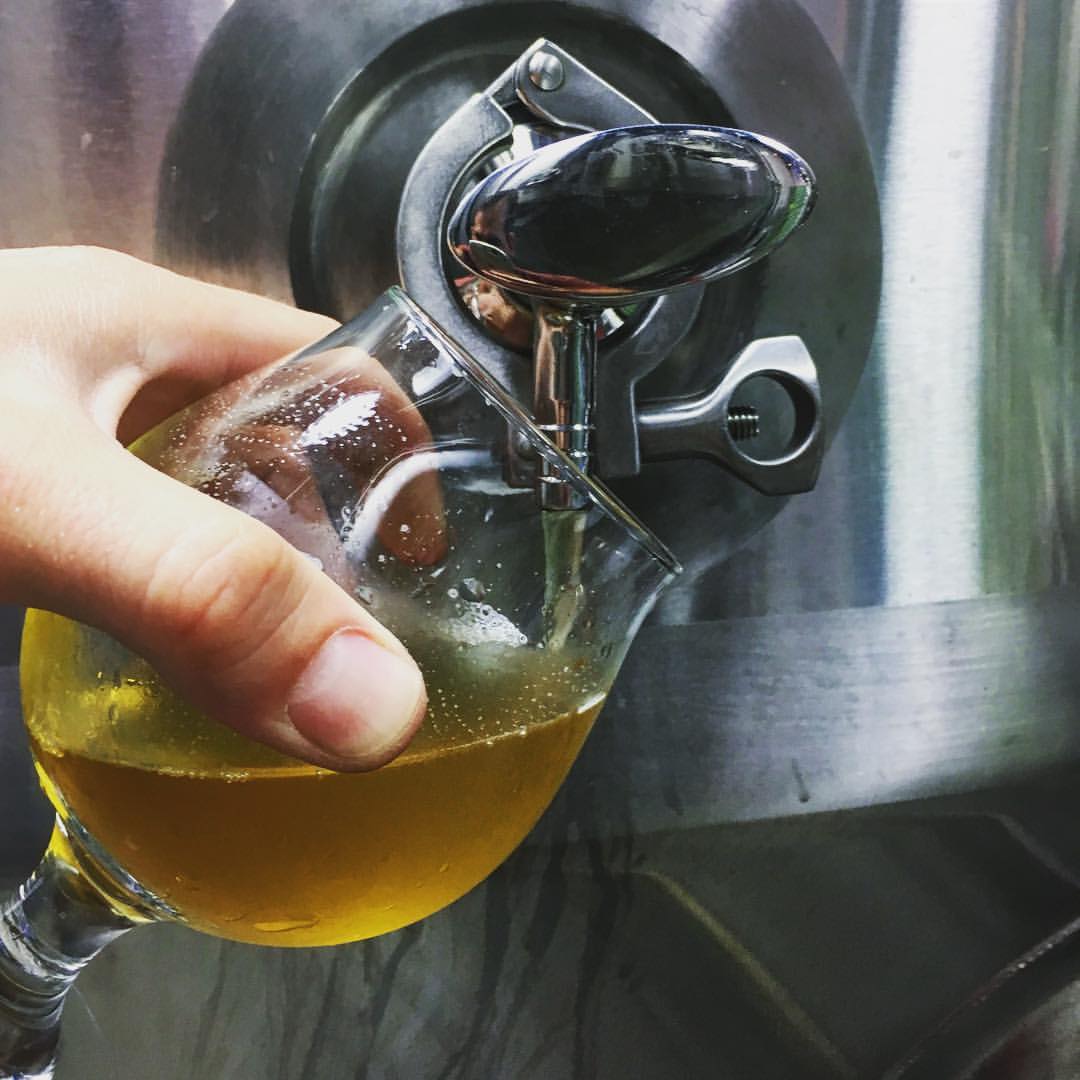 Beer is to Colorado what wine is to California, and the microbrewery and handcrafted distillery scene in Steamboat is exploding as more new labels open every year, turning once dreary industrial spaces into lively tap rooms and gathering places. Not only can you add a tasting tour to the already long list of fun things to do in Steamboat, you can also broaden your understanding about how these products are made, and the elaborate chemistry and creativity that goes into making a flavor profile in a glass. Not to mention, there’s just something about a day spent outside playing in the mountains and a pint of suds that goes together—maybe that’s why Steamboat and beer are the perfect pairing.

Not only are there a variety of handcrafted beers to choose from, Steamboat now has a substantial offering of purveyors. Whether you want to spend a day on a tasting tour, spend an afternoon in just one tasting room, or enjoy a good meal with a fine brew, here’s our list of can’t-miss handcrafted hot spots:

What they’re known for: In one word, variety. With 20 tap beers and a menu that is always shifting, Storm Peak is the epitome of a tap room brewery where the focus is on tasting. “We would get really bored if we were making the same recipes over and over,” says owner Wyatt Patterson. “People always ask what’s your flagship or your style, or what beer defines you guys, and we try to avoid that. Mostly, we’re just having fun.” What’s in a recipe? “We build it, and wing it, and a lot of times we don’t know what the beer is going to turn out like. It’s always a gamble when you’re making 20 barrels at a time, but the beauty of the taproom is having an outlet for those one-offs and having that freedom,” Patterson says.  Currently on tap: The Zest Is Yet To Come, a wheat ale brewed with fresh ginger, lemon, and orange that’s great for summertime. // 1885 Elk River Plaza, (970) 879-1999, stormpeakbrewing.com. 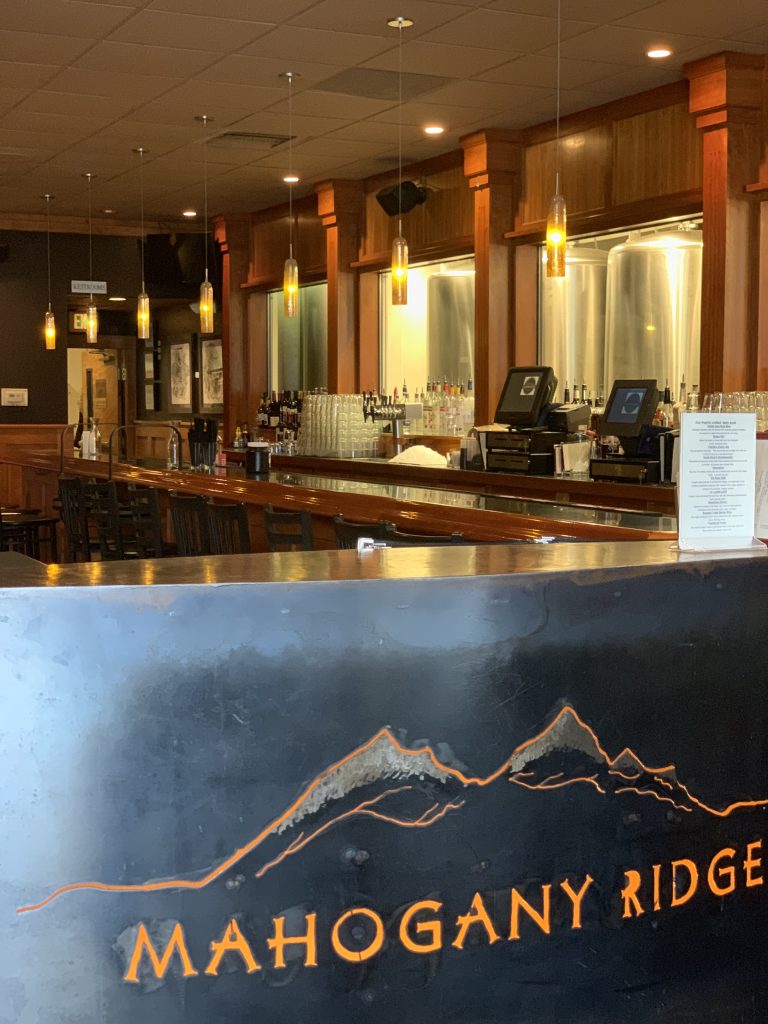 A history with a story: Open since 2003, Mahogany Ridge is one of the oldest breweries in town with some serious folklore around its name. “The story goes if you want to cut your ski day short and head to the bar for après, you tell people you’re going to go ski mahogany ridge,” owner Charlie Noble says. An important distinction: “There’s a big difference between a microbrewery and a brew pub,” Noble says. Mahogany Ridge is a full-service restaurant with a super creative menu of elevated American fare like tuna ceviche, and a dipping menu featuring adobo Colorado lamb loin with up to 20 other sauces to choose from. “We’re all craft brewers, but while some have tap rooms that are focused on producing a wide variety of beers, we are a full-fledged restaurant that makes our own good-quality beer.” A self-proclaimed beer geek who got his start homebrewing, Noble will chew your ear for hours about the chemistry of brewing. But after a long career in the biz, he knows what works. On tap: Alpenglow Amber Ale, a local favorite for 25 years, and 20-plus styles that rotate on tap. // 435 Lincoln Avenue, (970) 879-3773, mahoganyridgesteamboat.com. 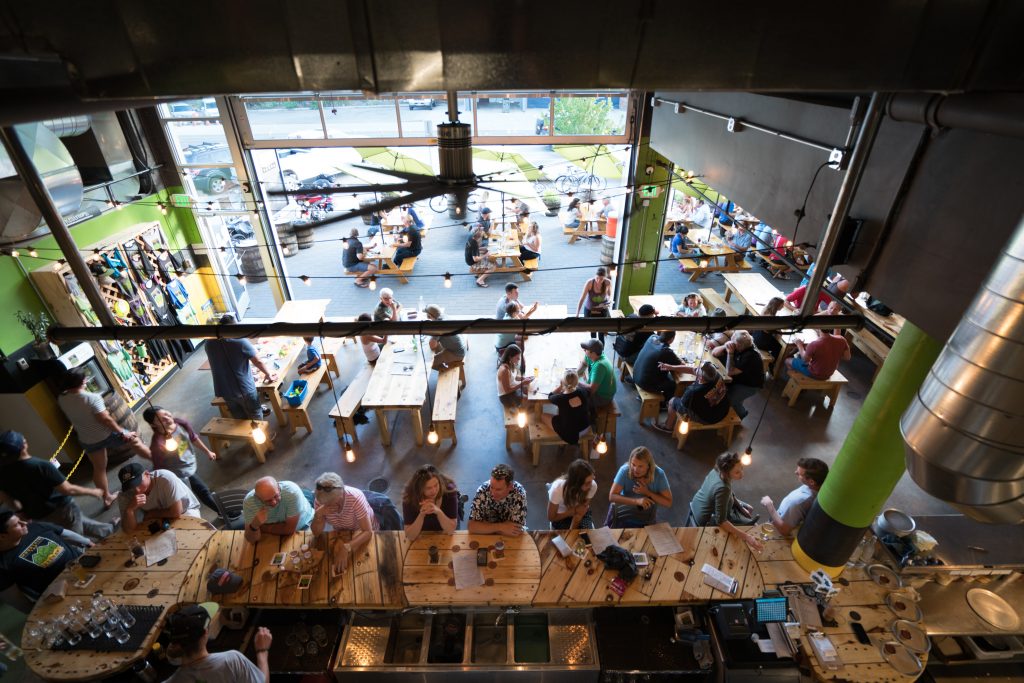 With love and aloha: Mountain Tap Brewery was founded by brewmaster Rich Tucciarone, who had refined his vision over the better part of a decade as VP of Operations for Kona Brewing in Hawaii. Tucciarone met his wife in Steamboat while ski bumming in the ‘90s, and the couple knew they wanted to get back to the mountains to own and operate their own brewery. That dream became a reality when they opened in 2016. Now serving: Twelve beers on tap including six mainstay beers, from pilsner to brown ale, and six rotating craft beers, from passionfruit wheat ale to a dark roasted porter. Keeping it seasonal and local: “In the spring, we brew a farmhouse-style saison using locally grown ingredients, that we release in honor of Colorado Public Lands Day,” says Jeff Goodhand, General Manager. “In the summer, we like to keep some low ABV beers that pair well with hot sunny days, and for the colder months, we offer darker beers that provide a warming sensation after a long day of skiing and riding.” On the menu: artisanal wood-fired fare including signature Neapolitan-style pizzas and the very popular Campfire S’more. Summer swills: Halabaration, a session IPA that is perfect for long days spent floating on the Yampa River. // 910 Yampa Street, (970) 879-6646, mountaintapbrewery.com. 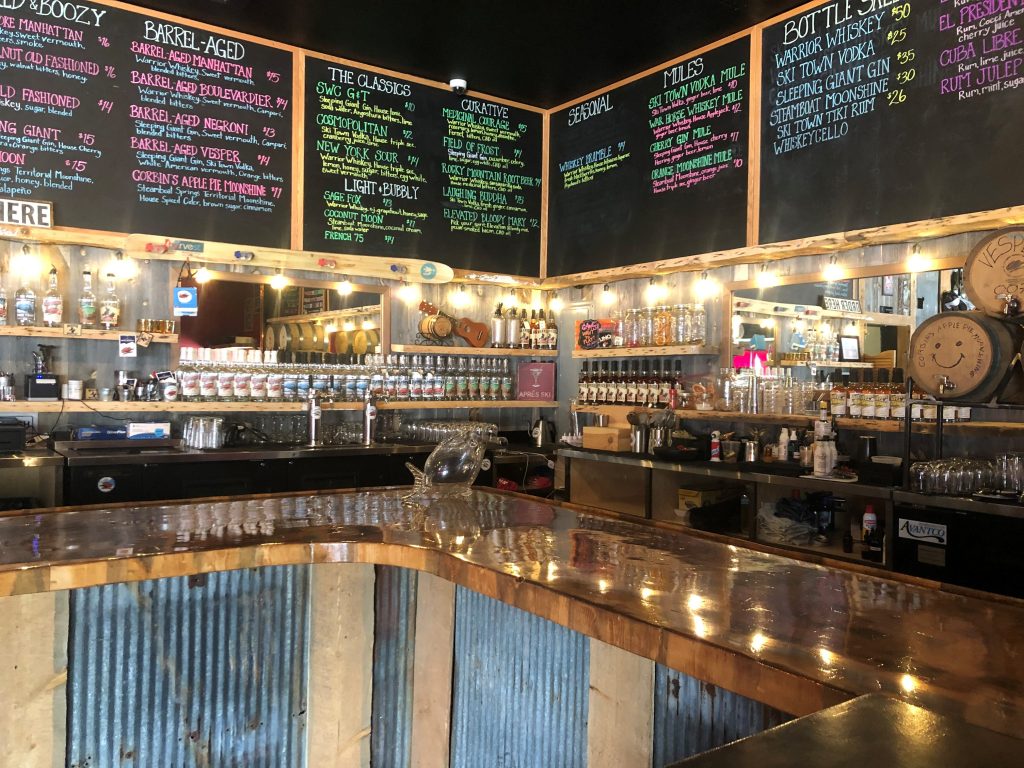 That’s the spirit: With award-winning labels like Sleeping Giant Gin, Steamboat Springs Territorial Moonshine, Ski Town Vodka, and Warrior Whiskey, owners Nate and Jessica Newhall are living their dream since they opened the distillery and pub in 2017. “We make high-quality spirits by hand, batch by batch, using traditional methods in our American-made pot still,” Nathan says. Weekend warrior: A former Navy SEAL, Nathan created a blended whiskey to honor America’s fighting heroes with a portion of profits donated to veteran support organizations. “In the SEAL teams, you have a whole platoon of guys to help you out. Here, it’s just Jessica and I and a few dedicated employees,” Nathan says. “Being a SEAL was a fantastic, memorable experience in my life that set the tone for everything that happened after.” Happily ever after: The couple, originally from Minnesota, honeymooned in Steamboat in 2014 with a dream of starting their business here. When Steamboat’s historic Co-Op building came available and provided the space and the industrial look they had envisioned, they knew it was meant to be—and the rest is one very spirited history. //1103 Lincoln Avenue, (970) 846-3534. Steamboatwhiskeyco.com